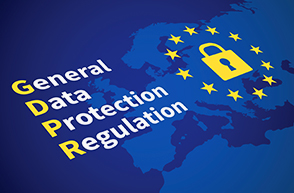 General Data Protection Regulation (GDPR) is almost here, and concerns about how it will affect the supply of data used in marketing are palpable. The regulation will likely not impact all data in the same way, however.

The amount of first-party data — that which companies collect themselves — may decrease as people exercise their right to keep tighter control of their personal data.

Second-party data — basically first-party data obtained secondhand — may actually increase in availability (if not volume) due to the fact that there will be less of the other kinds of data available.

Third-party data — any data received through outside sources — is also likely to decrease; however, what remains is likely to be of higher quality.

Europe’s tighter regulations could lead to real improvement in the quality of third party data.

GDPR’s biggest impact will be on third-party data. Even though $20 billion was spent on it in 2017 in the U.S. alone, it is often unreliable. When running a programmatic campaign, for example, a lot of optimization is needed due to the integrity of the data. Europe’s tighter regulations, which are likely to be emulated worldwide, could lead to real improvement in the quality of third-party data. On the negative side, scarcer, better data will cost more.