Consumer Behavior in a Downturn 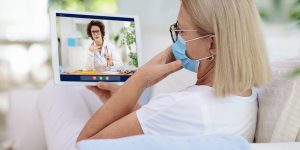 Consumer spending accounts for 70% of economic activity in the U.S., so when it diminishes repercussions reverberate widely. That being said, consumer behavior in downturns is by no means homogenous. In an article that appeared in the Harvard Business Review some years ago, authors John Quench and Katherine Jocz identify consumers as falling into one of four groups during a recession:

This group feels most vulnerable and hardest hit financially. They reduce all types of spending by eliminating, postponing, decreasing, or substituting purchases. Although lower-income consumers typically fall into this segment, anxious higher-income consumers can as well, particularly if health or income circumstances change for the worse. In other words, segments should be viewed as “mind-sets” not completely defined by financial circumstances.

These consumers tend to be resilient and optimistic about the long term, but less confident about the prospects for recovery in the near term, or their ability to maintain their standard of living. They also economize in all areas, though less aggressively than the first group. They constitute the largest segment and include the great majority of households unscathed by unemployment, representing a wide range of income levels. If news gets worse, pained-but-patient consumers increasingly migrate into the slam-on-the-brakes segment.

These consumers feel secure about their ability to ride out the downturn and consume at near-pre-recession levels, though they may tend to be a little more selective about their purchases. The segment consists primarily of people in the top 5% income bracket. It also includes those who are less wealthy, but feel confident about the stability of their finances—the comfortably retired, for example, or investors who have their money stashed away in low risk instruments.

This group carries on as usual, and for the most part, remains unconcerned about savings. They respond to the recession mainly by extending their timetables for making major purchases. They are more likely to rent than to own, and they spend on experiences rather than things. They’re unlikely to radically change their consumption behavior unless they lose their jobs. Even then, they may simply turn to credit card debt to maintain their lifestyles.

Movéo believes these behavioral segments work as well for healthcare as they do for the greater economy, with certain caveats:

Temporary effects
The company AnalyticsIQ has identified four “pandemic personalties.” The first two, which account for 28% and 23% of the population respectively, adopt virus protective behaviors (as opposed to the other two groups that do not). Virus fearful people would most likely then be some percentage of half the U.S. public — a considerable sum. The important thing to note here is that not all healthcare consumers will be making healthcare decisions simply based on their economic situations. In a downturn, a comfortably well-off person who is also virus fearful might decline to have an elective surgery — even though they can afford it. This could have implications for health systems adapting to changing healthcare use patterns as the epidemiology of COVID-19 evolves. For example, a COVID-19 spike in the areas where virus fearful people live may result in the delay of needed care (with the accompanying economic consequences for healthcare providers). Conversely, the emergence a vaccine for SARS-CoV-2 or effective therapies for COVID-19 should make these same people feel safe enough to go to the hospital again.

Residual effects
The pandemic is likely to carry with it residual economic effects for healthcare providers that will play out alongside a generalized economic downturn. These effects may cause changes in consumer attitudes — directly traceable to COVID-19 — that will have an impact on healthcare provider revenues. For example, we know that hospitals have made huge efforts for it to be safe for people to return to them for treatment. However, as Biykem Bozkurt, professor of medicine at Baylor said during the height of the outbreak, “I think patients are scared to be exposed. Their perception is that hospitals are hotbeds for exposure and contamination.” A recent article in the JAMA Health Forum on Emergency Department usage notes that ED visits moderated to half of what they were — even in cities hit hard by the fist wave of the coronavirus disease. The article authors opined that this could reflect the prevalence of working-from-home arrangements and people generally staying home, which is leading to a decrease in automobile and other accidents outside the home. More than likely, though, there is also an apprehensiveness to enter a hospital, particularly for lower acuity care.

Our next post in this series will look at how consumer priorities services — particularly healthcare services — in a downturn.