The (Amazon) Prime directive for healthcare 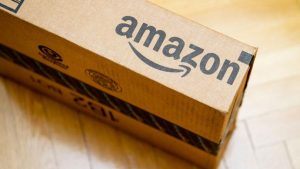 The recent disruptive foray by Amazon, Berkshire Hathaway, and JPMorgan Chase into healthcare seemed to catch people by surprise. After its announcement, shares of CVS Health took a nosedive, along with those of other healthcare giants such as UnitedHealth Group and Anthem.

While the particular combination of three companies involved (for now limiting themselves to improving their own employees’ healthcare) might have been difficult to divine, certainly Amazon’s participation was the least surprising thing about it. The company has been foreshadowing its move into healthcare for some time now.

Amazon already sells medical devices and employs executives to deal with healthcare-related regulatory issues. It now sells an exclusive line of over-the-counter medications and healthcare items. Some have speculated it may make an offline pharmacy play — the same way it did with grocer Whole Foods. Stay tuned on that one.

Amazon’s interest in healthcare is obvious because the company wants more of what’s in everyone’s wallet. In 2016, $10,348 per person was spent in the U.S. on healthcare, and Amazon clearly has eyes on its fair (or unfair) share of that number. But there is likely another reason healthcare might look like a very ripe piece of fruit to the always-hungry Jeff Bezos — friction.

Amazon devoured the retail sector, largely because it was able to remove friction from the buying process. In contrast, lumbering legacy retailers had loads of it. Their organizational silos got in the way of delivering an experience that was unified across channels and touch points. Their reluctance to move away from “one-size-fits-all” marketing strategies failed to make the shopping experience personalized. Their focus on the bottom line, rather than customer delight, stood in the way of a better, more local shopping experience.

As backward as all that sounds, those same retail “dinosaurs” were further up the evolutionary ladder than most of today’s healthcare providers. “Patient centricity,” while a buzz-worthy topic at many a healthcare industry conference, still hasn’t made its way into much of the real world, and certainly not at scale. Formidable obstacles in customer experience (convenience, pricing visibility, a “valued customer” attitude, etc.), environment (in neighborhood, in home, user experience, etc.), coordination (care navigators, connected specialists, etc.), and technology (apps, remote monitoring, telehealth, etc.) are just some of vulnerabilities that have many disruptors — and not just Amazon — licking their lips.

The healthcare industry does have one thing the retail industry did not — the hindsight of history.

Amazon’s methods are now as transparent as its motivations. Even so, as late as last July, Walgreens CEO Stefano Pessina expressed doubts that the chain would have to contend with Amazon’s entry into the prescription market. Likely grocery chain CEOs felt the same way before Amazon blindsided them with its move into brick and mortar.

Yet, for all the ominous analogs, healthcare is a different animal, and Amazon’s dominance of it is a tall order to be sure. However, if providers do not make removing friction from the healthcare experience a prime directive, they will have no one to blame but themselves. How can they go about doing this? That will be the topic of part two of this post.